Accessibility links
Capitol Insurrection: More Than 300 People Charged And What We Know About Them More than 300 people have been charged in the Jan. 6 Capitol riot. NPR is looking at the cases. Each provides clues to questions surrounding the attack: Who joined the mob? What did they do? And why?

Heard on All Things Considered 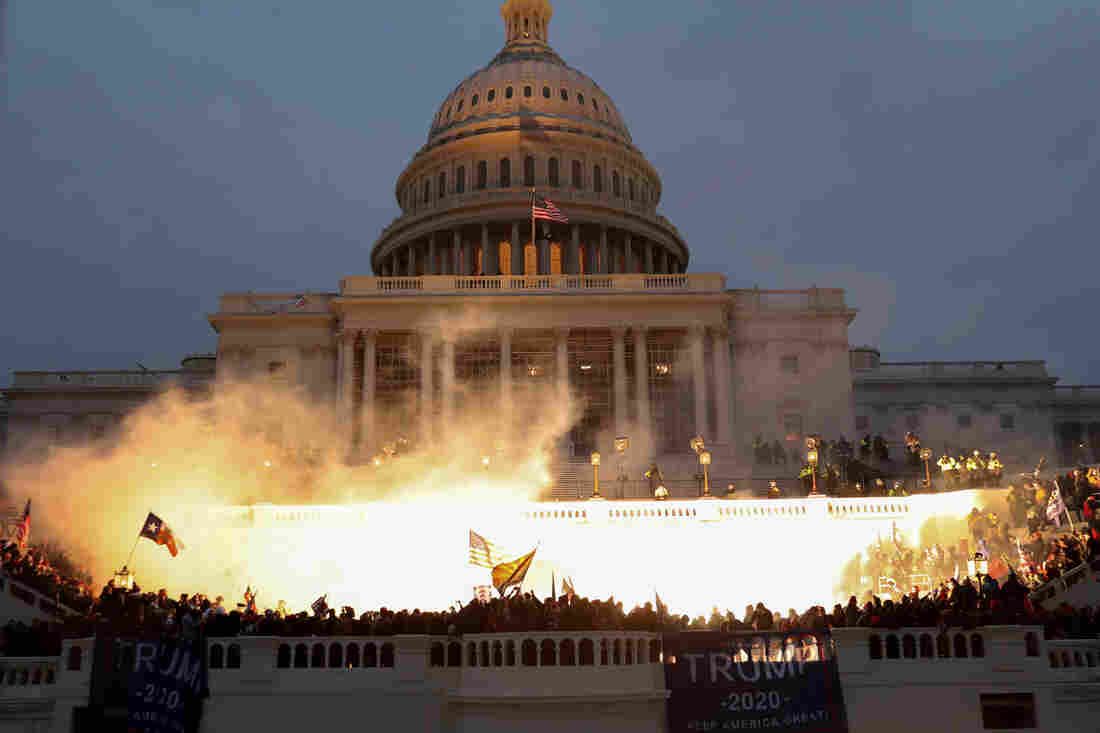 An explosion caused by a police munition is seen while supporters of then-President Donald Trump gather in front of the U.S. Capitol in Washington, D.C., on Jan. 6. Leah Millis/Reuters hide caption 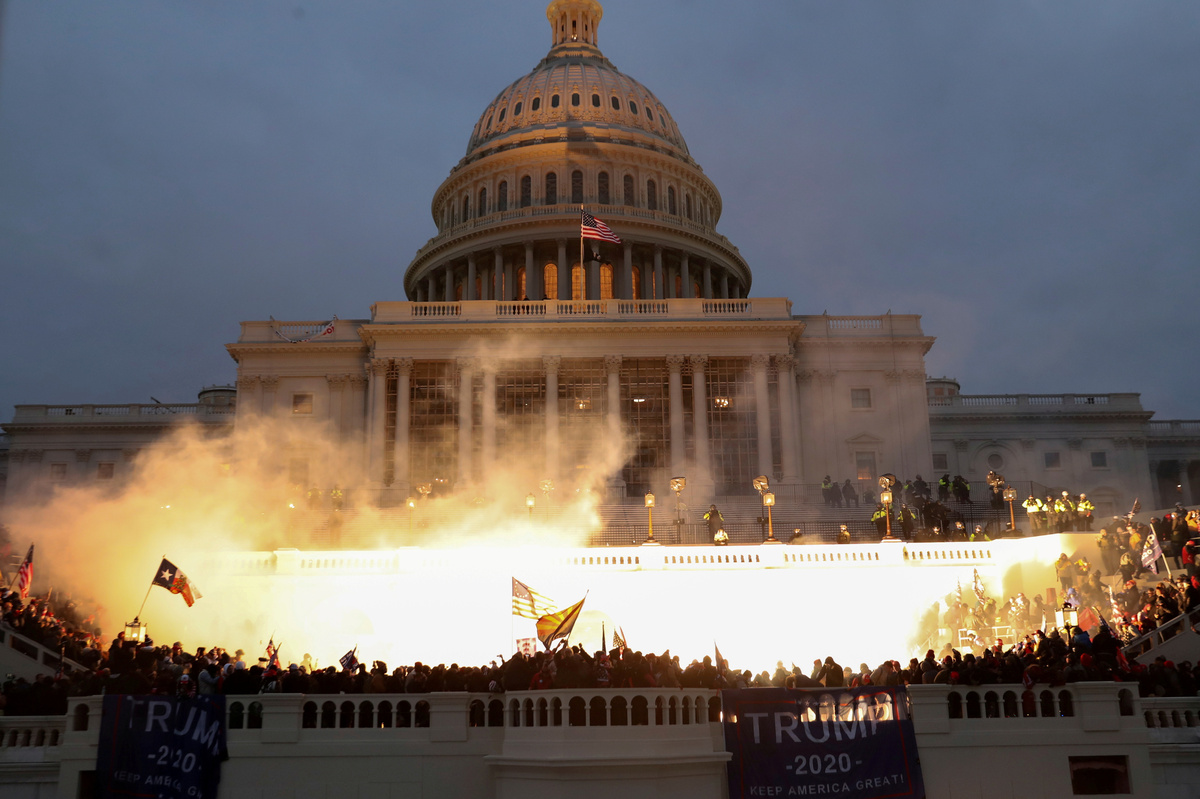 An explosion caused by a police munition is seen while supporters of then-President Donald Trump gather in front of the U.S. Capitol in Washington, D.C., on Jan. 6.

Editor's note: This story was first published on Feb. 9, 2021. It is regularly updated, and includes explicit language.

Nearly every day since insurrectionists stormed the U.S. Capitol, the list of those charged in the attack has grown longer. The government has now identified over 300 suspects in the Jan. 6 rioting, which ended with five people dead, including a U.S. Capitol Police officer.

As Congress considers a presidential impeachment in response to the attack, those criminal cases provide clues to key questions surrounding the Capitol breach: Who exactly joined the mob? What did they do? And why?

To try to answer those questions, NPR is examining the criminal cases related to the Capitol riot, drawing on court documents, public records, news accounts and social media.

Jump to our database of individuals charged

A group this large defies generalization. The defendants are predominantly white and male, though there were exceptions. Federal prosecutors say a former member of the Latin Kings gang joined the mob, as did two Virginia police officers. A man in a "Camp Auschwitz" sweatshirt took part, as did a Messianic Rabbi. Far-right militia members decked out in tactical gear rioted next to a county commissioner, a New York City sanitation worker, and a two-time Olympic gold medalist.

There were those with connections to extremist groups or fringe ideas. At least 18 defendants appear to have expressed support for QAnon, the pro-Trump conspiracy theory.

At least 18 of the defendants appear to have links to the Proud Boys, a far-right gang. The group was recently declared a terrorist group in Canada. Their values have been widely described as racist, misogynist, anti-immigrant and hateful against other minority groups.

At least 13 of the defendants have alleged ties to the Oath Keepers, which the Anti-Defamation League calls an "anti-government right-wing fringe organization."

The group is known to target and recruit current and former law enforcement officers and military veterans. At least three of the defendants are allegedly affiliated with the Three Percenters, another anti-government extremist organization.

The presence of current and former law enforcement officers, as well as military service members and veterans, has especially alarmed government officials. NPR found at least 15% of those charged had possible ties to the military or to law enforcement.

Experts say there's little evidence that current or former members of the military are more susceptible to radicalization, but Secretary of Defense Lloyd Austin has called combating extremism in the ranks a top priority.

Lawmakers who support impeaching former President Donald Trump argue that he "incited a violent mob to attack the United States Capitol." There is some evidence of that in court documents: Some who allegedly stormed the Capitol explicitly said they were inspired by Trump.

"IF TRUMP TELLS US TO STORM THE F***IN CAPITAL IMA DO THAT THEN!" one defendant wrote. "I thought I was following my President," said yet another.

Most of the people charged in connection with the storming of the Capitol face allegations primarily related to breaching the building. But a smaller number face more serious charges and a greater threat of prison time if convicted.

Explore the database below.

In an earlier version of this database, the summary for Vitali GossJankowski was mistakenly entered twice and appeared incorrectly for Cindy Sue Fitchett.