Accessibility links
Former State Department Aide Charged In Connection With Capitol Riot Federico Klein, who served as a midlevel aide in the Trump State Department, was arrested and charged with several counts connected to the Capitol attack, including assaulting an officer. 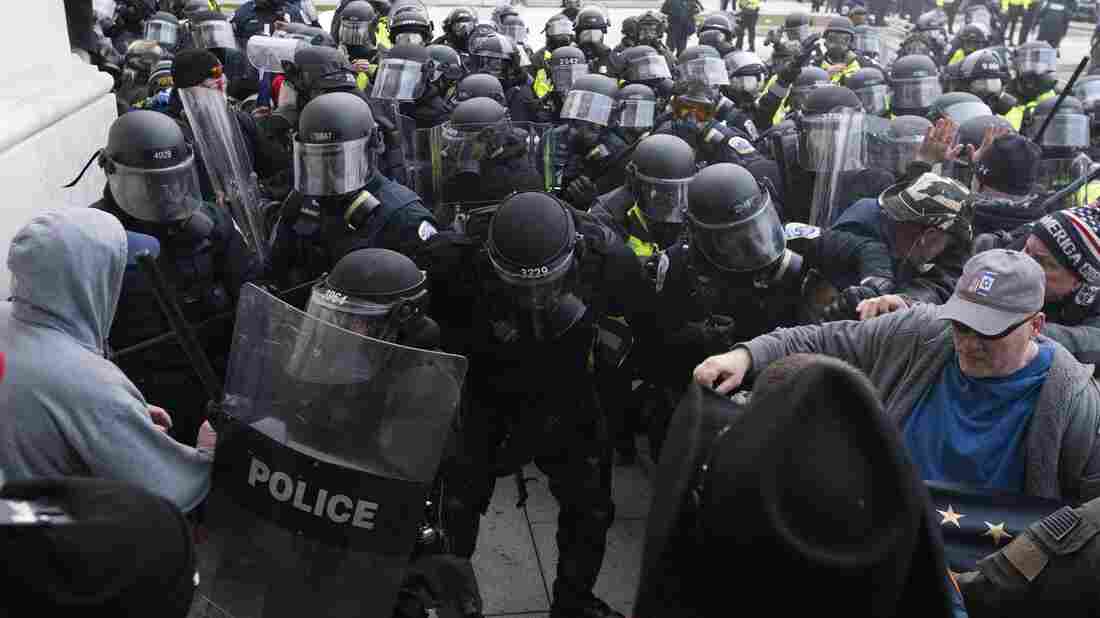 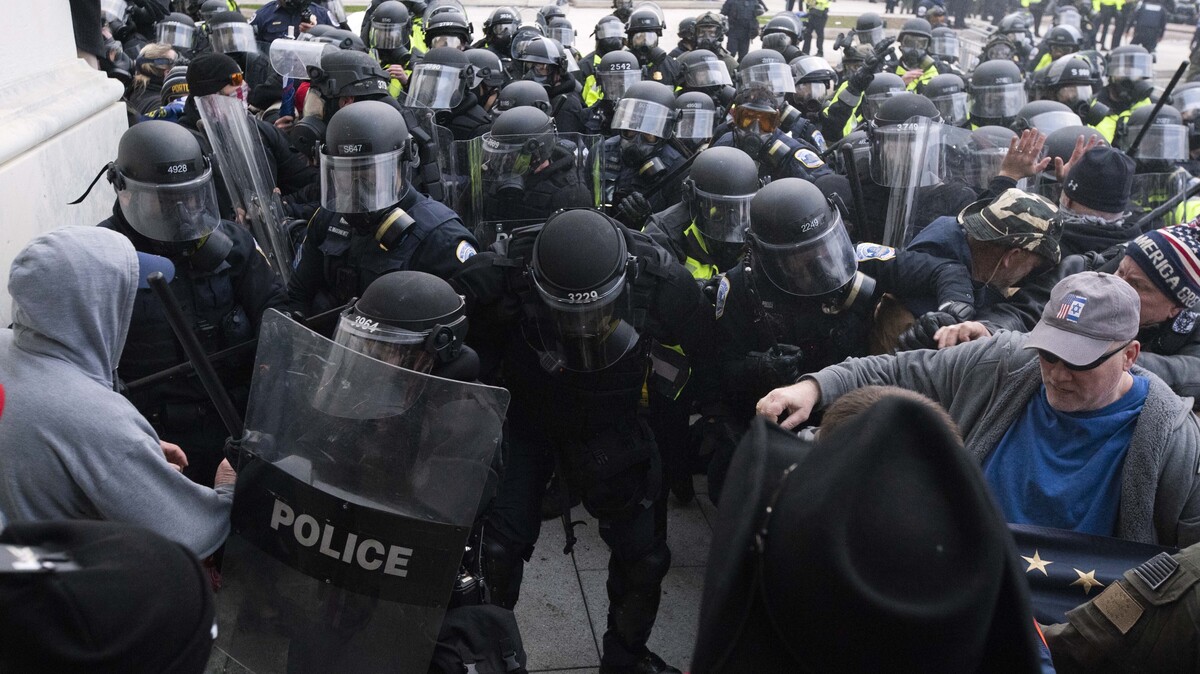 U.S. Capitol Police push back rioters trying to enter the U.S. Capitol in Washington on Jan. 6.

The FBI has arrested a former midlevel State Department aide in the Trump administration who is accused of assaulting police officers while storming the U.S. Capitol on Jan. 6.

Federico Klein, who also worked on the 2016 Trump campaign, was taken into custody on Thursday in Virginia. He was charged by criminal complaint with six counts including obstructing an official proceeding, obstructing law enforcement and assaulting an officer with a dangerous weapon.

A State Department spokesperson said Klein served as a political appointee in the department from 2017 until his resignation effective Jan. 21, 2021. He worked as a special assistant in the Bureau of Western Hemisphere Affairs and as a staff assistant with the transition team, the official said.

Klein, 42, is the first person to be charged in connection with the Capitol riot who held a position in the Trump administration at the time of the attack. He made his initial appearance in federal court in Washington, D.C., Friday afternoon. Magistrate Judge Zia Faruqui set a detention hearing for Tuesday.

In court papers, the FBI describes Klein in the Jan. 6 videos as a "white male with brown hair and distinctive teeth, who was wearing a red 'Make America Great Again' (MAGA) hat, a distinctive green jacket, dark dress pants, and a blue dress shirt."

The FBI says Klein can be seen on surveillance footage from the Capitol on Jan. 6 in a tunnel on the western side of the building using a riot shield against officers who were trying to prevent the mob from entering the complex.

At one point, Klein can be seen "violently" shoving the shield into an officer to try to break the police line. At another point, the court papers say, Klein calls to the crowd trying to breach the line: "we need fresh people, we need fresh people."

Federal prosecutors have charged more than 300 people so far in connection with the attack on the Capitol, including members of far-right extremist groups like the Proud Boys and the Oath Keepers.

According to court papers, the FBI posted a photo of Klein in January on a poster asking the public for information to help identify him.

The day after the picture was posted, the FBI received word from a tipster who identified the individual as Klein. The tipster said they had met Klein and provided the FBI a link to Klein's Facebook account.

The FBI compared the photos from the account with those from the Capitol and determined they bore a strong resemblance.

Agents later spoke with witnesses who knew Klein, including a diplomatic security special agent who identified the individual in the Capitol photos as Klein.