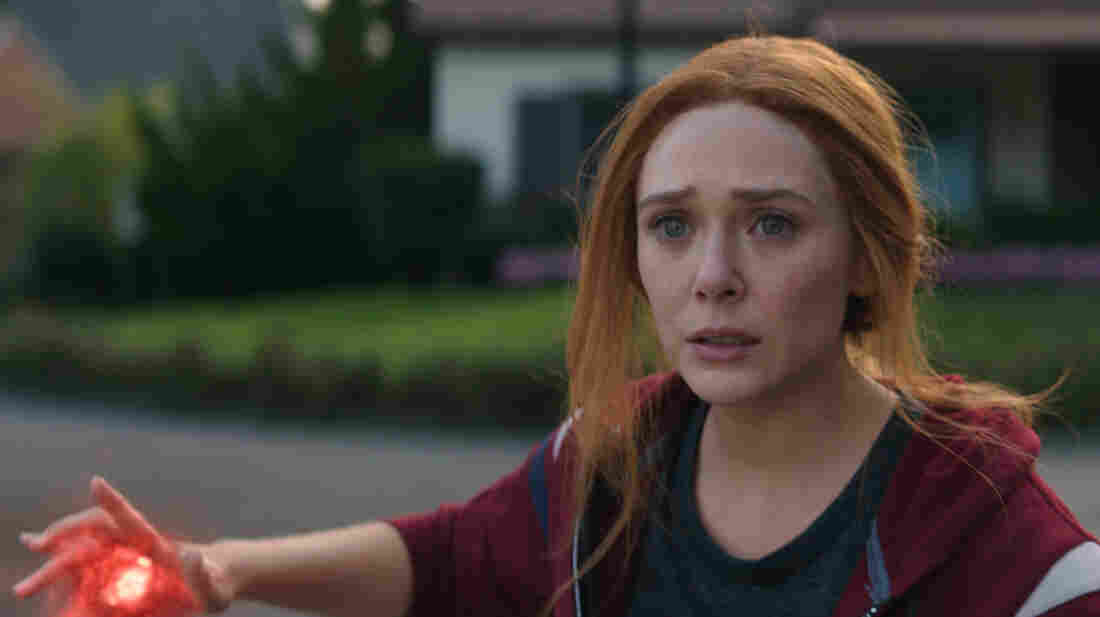 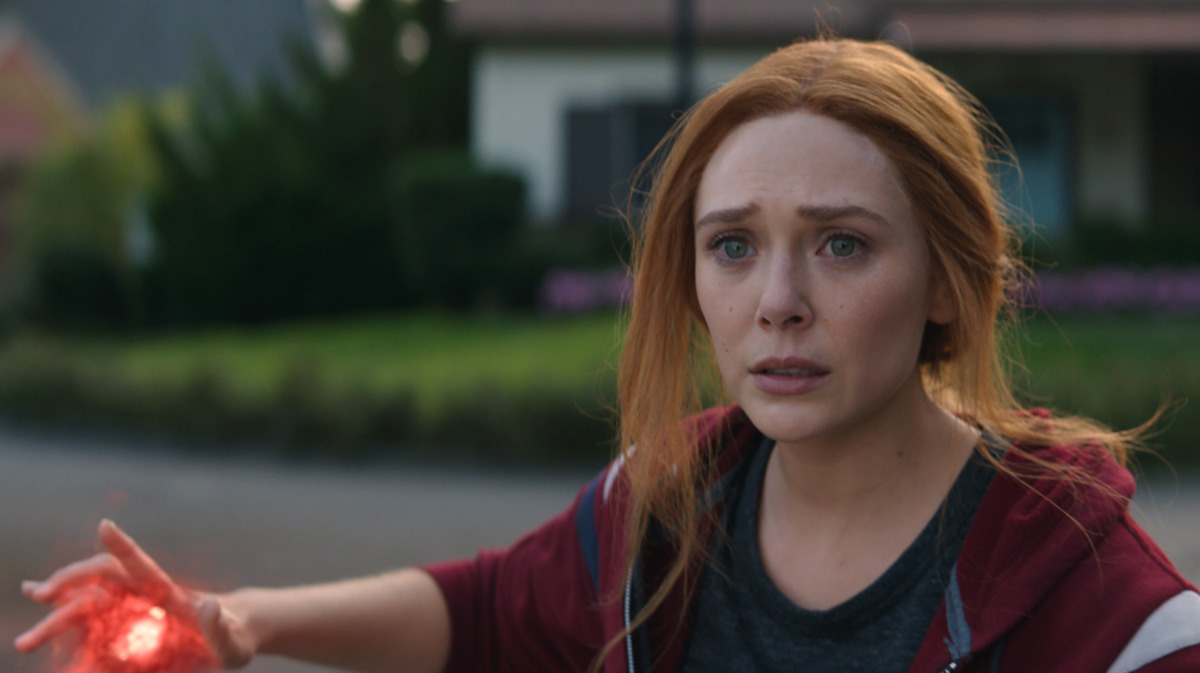 Elizabeth Olsen as Wanda Maximoff — soon to become the Scarlet Witch — in WandaVision.

As the finale episode from the first season of Disney+'s fantabulous Marvel series WandaVision drops, one thing is clear:

This show is a comic nerd's dream.

Not just for the way it centers an ambitious, revelatory story on two characters beloved by comic book fans — heroes full of promise, who have not really gotten their due in big budget blockbusters like the last two Avengers movies.

The series works because it proves an important point: By telling its story in a way that reaches beyond the typical comic fan/superhero movie universe, WandaVision pulls in even those who tend to turn their noses up at capes and cowls and supervillains, while also becoming a TV-sized embodiment of all the best storytelling devices from decades of comic books.

'WandaVision': The Next Era Of The MCU Will Be Televised

Best of all, the end of this season is really a beginning. Because WandaVision, so far, has unfolded as an origin story. It's the tale of how Wanda Maximoff, a confused and grief-stricken product of experimentation, saddled with powers she doesn't understand and struggles to control, becomes the Scarlet Witch — one of the most powerful figures in the Marvel Cinematic Universe.

As the season finale unfolds, Wanda is forced to fully face the consequences of allowing her grief to overpower an entire town while resurrecting her lover, the android Vision, and placing them inside a magically manufactured, ever-changing suburban environment inspired by her early love of classic TV sitcoms.

That's why the initial episodes of WandaVision emerged as an homage to sitcoms ranging from The Dick Van Dyke Show to Malcom in the Middle. The sly beginning reeled in viewers who might have turned away from a straight-up superhero slugfest, enticed by the twin attractions of classic TV nostalgia and an unexpected story structure. And its exploration of the corrosive power of grief, for a character who has already lost her parents, twin brother and lover, feels universal in a way that transcends genre boundaries.

Still, the season finale was built to satisfy the biggest nerds in the house, with Wanda facing off against Agatha Harkness — a witch who snuck inside the fake suburbia to try siphoning her power — as the resurrected Vision fought the government's rebuilt White Vision, and Wanda's kids took on a military unit.

The action was fun and thrilling — like watching the climax of a nine-part movie — but also a little beside the point. 'WandaVision' had already won my heart.

For me, the action was fun and thrilling — like watching the climax of a nine-part movie — but also a little beside the point. WandaVision had already won my heart for what it had already achieved: a boatload of heavy lifting for the Marvel Cinematic Universe.

First, it sets up three great characters. We have a new version of Vision, rebuilt in the real world by nefarious government guy Tyler Hayward (played with spot-on douchiness by Josh Stamberg), but given memories and personality by Wanda's resurrected Vision. We finally have a Black woman with superpowers in the MCU, thanks to Teyonah Parris' agent Monica Rambeau.

And we have Wanda becoming The Scarlet Witch, a figure much closer to the character in the comic books; a practitioner of chaos magic who needs to learn more about her powers. Small wonder her character is set to appear in the next Doctor Strange movie, Doctor Strange in the Multiverse of Madness.

Marvel Studios' Kevin Feige On The Future Of Marvel Movies

Along the way, it also showed how Marvel's plans for series on Disney+ have transformed its small screen projects from backwater parking lots for characters who might never surface in the bigger movies (though I still hold out hope for the Netflix versions of Daredevil, Luke Cage and Jessica Jones to pop up elsewhere).

Instead, these series have become new and exciting platforms for ancillary stories that flesh out the MCU, luring big names -- like Tom Hiddleston, star of the upcoming series Loki -- who rarely do conventional television anymore.

Looking back, it's a bit of a lucky stroke that pandemic lockdowns led Marvel to shift its original Disney+ release schedule and debut WandaVision before the more action-oriented The Falcon and Winter Soldier, now scheduled to drop March 19.

That's because WandaVision has redefined what a small screen superhero series can be in an important and pioneering way.

And this particular comic book nerd can't wait to see how Marvel's other Disney+ series — and the rest of the TV universe — builds on the ground they've broken.