Accessibility links
Pandemic Inspires More Than 1,200 New German Words Germans have a knack for stringing lots of words together to create new words. From Mundschutzmode to Coronamutationsgebiet, the pandemic has spawned a plethora of them. 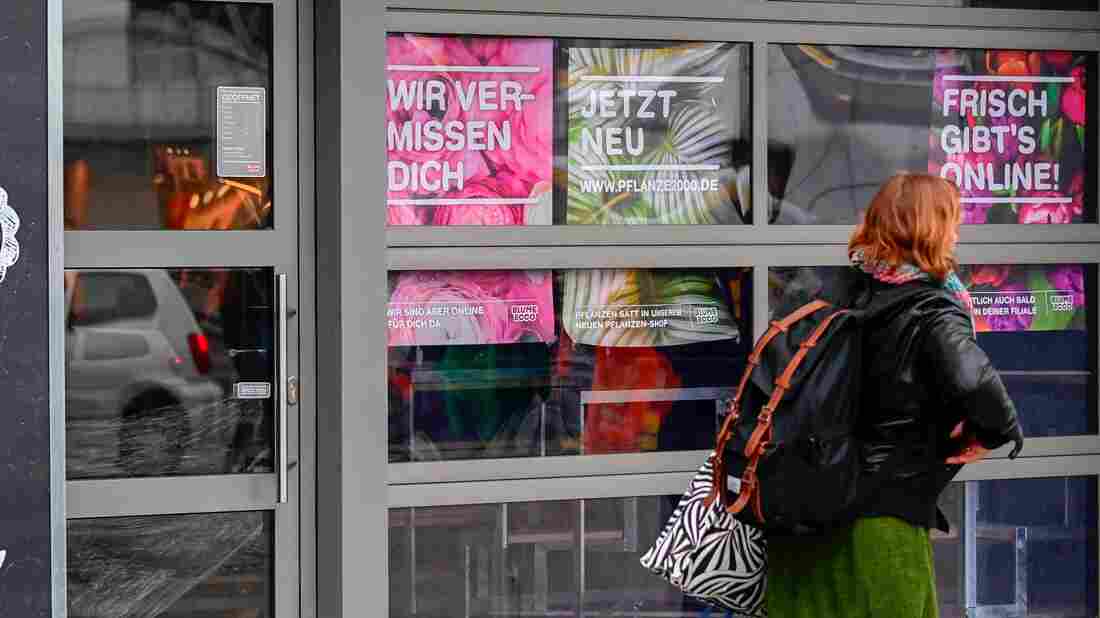 A woman walks past a closed flower shop in Berlin on Thursday. A research group noted more than 1,200 new words in German inspired by the pandemic. Tobias Schwarz/AFP via Getty Images hide caption 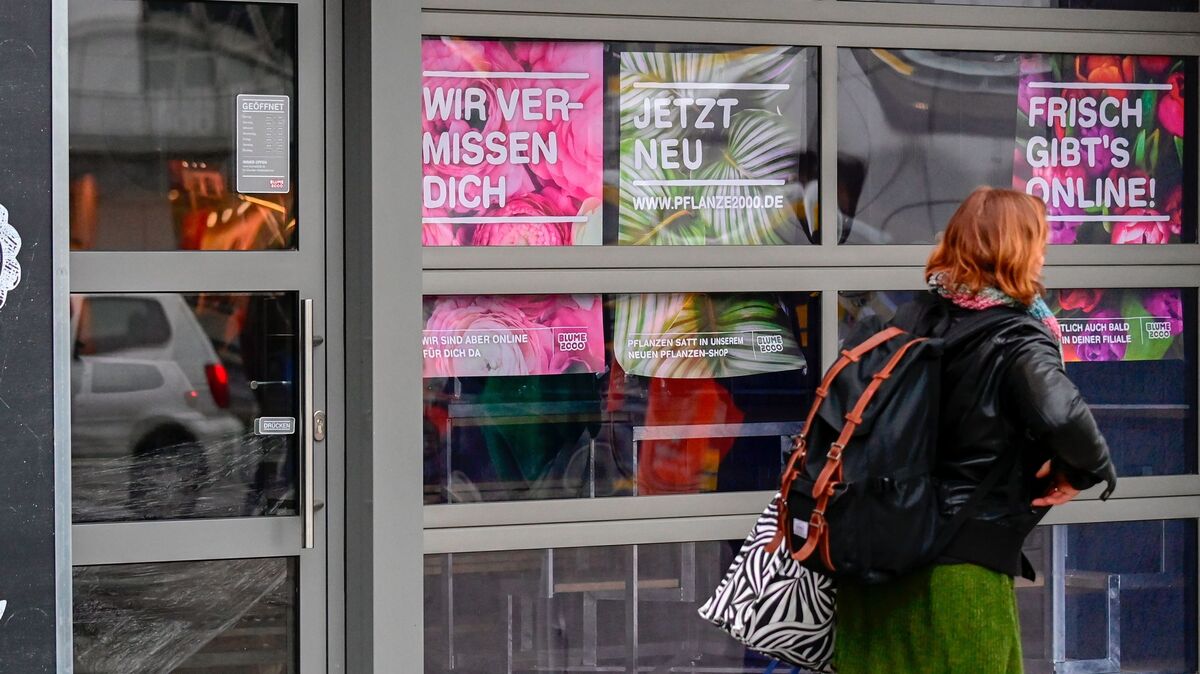 A woman walks past a closed flower shop in Berlin on Thursday. A research group noted more than 1,200 new words in German inspired by the pandemic.

The pandemic has changed how people talk and write. In English, dictionaries have noted a few dozen new entries and revisions: social distancing, frontliner,

But in Germany, lexicographers at the Leibniz Institute for the German Language have compiled more than 1,200 new words related to the coronavirus pandemic.

German's propensity for compounding words has been a big part of the proliferation.

For example, Coronamutationsgebiet is an area where coronavirus mutations are widespread. A Geisterveranstaltung (ghost event) is an event with no people in attendance, usually sports. Live music is allowed, provided the audience remains in their cars, at an Autokonzert.

New nouns are often formed in German by combining two or three nouns, says Anatol Stefanowitsch, a professor of linguistics at the Freie Universit?t Berlin.

"That's one of the explanations for why we find so many new words," he tells Scott Simon on Weekend Edition. "It's just so easy to coin them. Many of these words disappear again after they've been used once. But some of them have stuck around."

There are several variations on "face mask."

Mundschutzmode includes "Mund for mouth, Schutz for protection and Mode as a term for fashion. So a literal translation would be mouth protection fashion," Stefanowitsch says.

But Germans have also referred to a Gesichtskondom — a "face condom," which he notes creates a "novel image" in your head. Behelfsmundnasenschutz would be an "improvised mouth nose protection."

Maulkorb, or muzzle, is not on the list of new words. But people opposed to mask requirements are using the word muzzle in a new way: "to portray adherence to sensible public health measures as an act of submission under an authoritarian government," Stefanowitsch says. "So that's been a stroke of genius from their perspective."

Only a small fraction of new pandemic words will likely make it into the dictionary. He thinks the ones that are most precise have more lasting potential.

"One of the things that the pandemic has really shown us is that people have been trying to differentiate linguistically, trying not to use too strong a word for a measure but also not trying to make it sound too harmless. And so I think those words, they're interesting, because they show the function of language and the potential of language to create ever smaller distinctions in meaning to try to get things exactly right."

There's also a deeper emotional aspect of all this new language, according to one of the researchers at the Leibniz Institute.

"When new things happen in the world [we] look for a name," Christine M?hrs told The Guardian. "Things that do not have a name can cause people to feel fear and insecurity. However, if we can talk about things and name them, then we can communicate with each other. Especially in times of crisis, this is important."

Peter Breslow and Kitty Eisele produced and edited the audio version of this story.