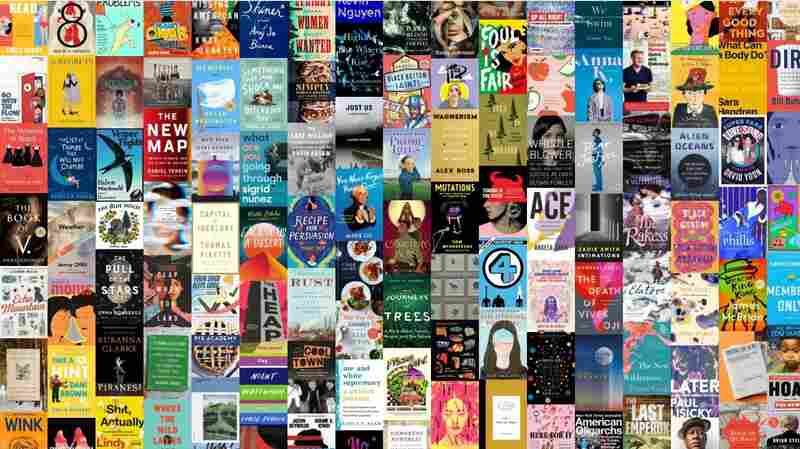 NPR's Favorite Books Of 2020: The Book Concierge Is Back With 380+ Great Reads

December 1, 2020 • Find eight years of recommendations all in one place: Here are nearly 2,500 titles, hand-picked by NPR staff and trusted critics — with handy filters to help you find the perfect book! 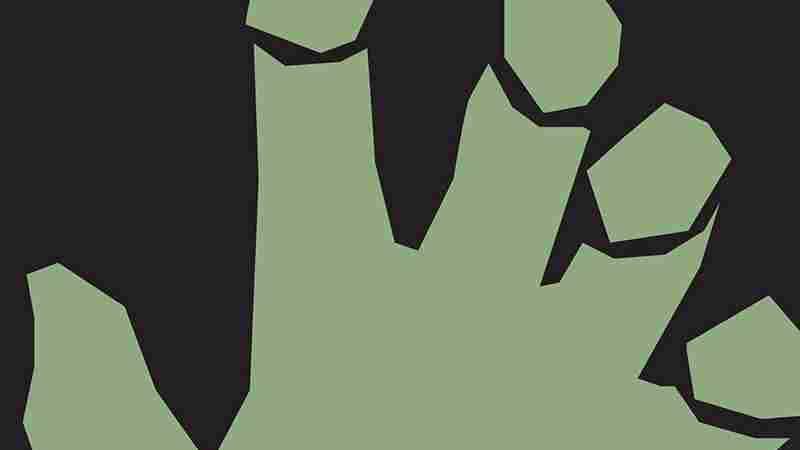 In 'Abundance,' Measuring A Life In Dollars And Cents

March 17, 2021 • In his debut novel, Jakob Guanzon wanted to write about hunger and need and the one thing that's inescapable for anyone living paycheck-to-paycheck: The fluctuating numbers of your budget.

In 'Abundance,' Measuring A Life In Dollars And Cents 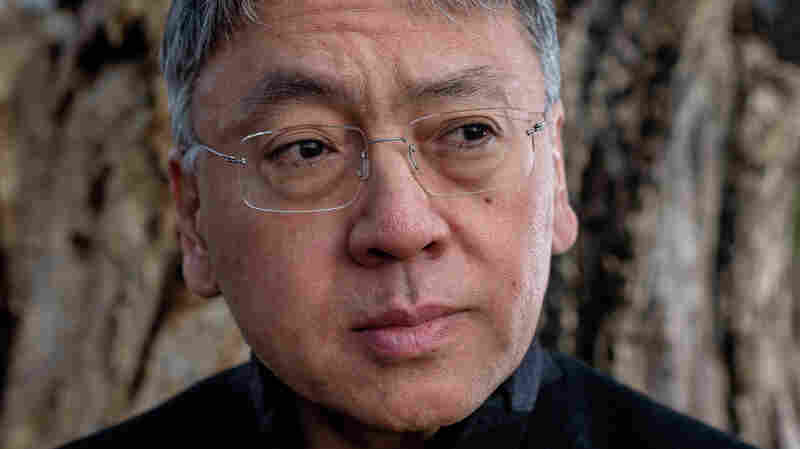 Kazuo Ishiguro won the Nobel Prize for literature in 2017. His previous novels include The Remains of the Day and Never Let Me Go. He also writes lyrics for jazz singer Stacey Kent. Andrew Testa for the New York Times/Penguin Random House hide caption

March 17, 2021 • The Nobel Prize-winning novelist says he honed his skills earlier in his career "as a writer of songs." Ishiguro's new book, Klara And The Sun, is set in the future and has an A.I. narrator. 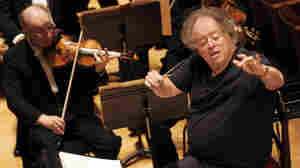 March 17, 2021 • The gifted conductor who had wielded immense influence in the classical music world, was publicly accused by nine men of sexual abuse. He died March 9 at age 77 of natural causes. 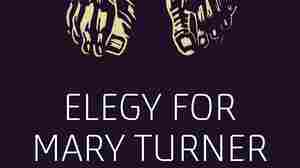 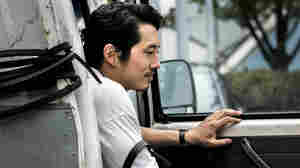 March 17, 2021 • Steven Yeun's filmography reveals a remarkably varied career. From his breakout role as Glenn Rhee in The Walking Dead to his work with directors like Bong Joon-ho and Boots Riley, Yeun can easily jump between playing enigmatic cosmopolitan characters and endearing supportive boyfriend characters. As awards season kicks off, Pop Culture Happy Hour revisits great performers and a few of their essential performances. Today, we're spotlighting Yeun, whose role in Minari makes him the first Asian-American nominee for a lead actor Oscar. 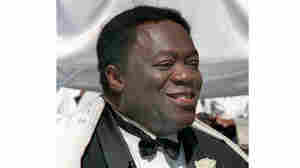 Actor Yaphet Kotto appears on his wedding day in Baltimore, Md., on July 12, 1998. Kotto, the commanding actor of the James Bond film Live and Let Die and as Lt. Al Giardello on the 90's NBC police drama Homicide: Life on the Street, died Monday at age 81. John Gillis/AP hide caption

Yaphet Kotto, Magnetic Actor With A Long And Varied Career, Dies At 81

March 16, 2021 • "Your presence and talent were undeniable and magnetic," Viola Davis said in a tweet about Kotto. 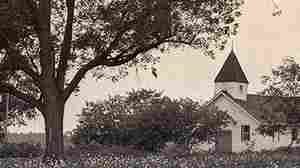 We Have Much To Learn From 'A Place Like Mississippi'

We Have Much To Learn From 'A Place Like Mississippi' 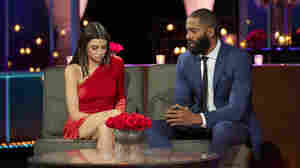 On Monday's After the Final Rose special, bachelor Matt James revealed why he broke things off with Rachael Kirkconnell after photos of her at an antebellum South-themed party surfaced on social media. Craig Sjodin/ABC hide caption

March 16, 2021 • Matt James — the first Black bachelor in the franchise's history — broke things off with winner Rachael Kirkconnell after photos of her at an antebellum South-themed party surfaced on social media. 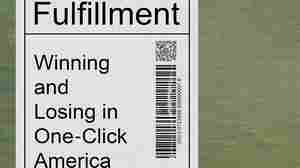 In Amazon's Shadow, An America Divided In Search Of 'Fulfillment'

March 16, 2021 • ProPublica's Alec MacGillis has written an economic history of the country, shaped by stories of people living and working in Amazon's shadow as their home cities and states transform around them. 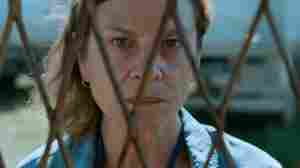 Jasmila Zbanic plays a schoolteacher who works as a U.N. translator during the Bosnian war in Quo Vadis, Aida? Super LTD hide caption

'Quo Vadis, Aida?' Reckons With The Devastating Legacy Of The Bosnian War

March 16, 2021 • A tense new film, set in the town Srebrenica, conveys the terror of the events of July 1995, where more than 8,000 Bosniak Muslims were murdered by the Bosnian Serb Army.

'Quo Vadis, Aida?' Reckons With The Devastating Legacy Of The Bosnian War 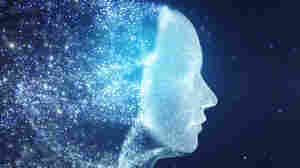 March 16, 2021 • New York Times tech columnist Kevin Roose says we've been approaching automation all wrong. "We should be teaching people ... to be more like humans, to do the things that machines can't do," he says. 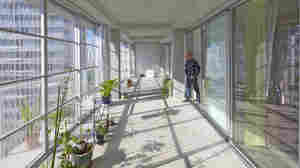 Winter gardens and balconies were added to expand living space in social buildings in Bordeaux in 2017. Philippe Ruault hide caption

2021 Pritzker Prize Goes To French Architects Who 'Work With Kindness'

March 16, 2021 • Often referred to as the "Nobel Prize of Architecture," this year's Pritzker was awarded to Anne Lacaton and Jean-Philippe Vassal, a design pair who emphasize reuse and equitable housing.

2021 Pritzker Prize Goes To French Architects Who 'Work With Kindness' 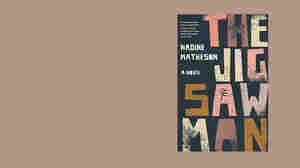 March 16, 2021 • The debut novel from British criminal lawyer Nadine Matheson stars a Black homicide detective dealing with not only PTSD from a serial killer's attack, but also mistrust from her family and community. 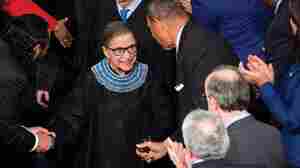 March 16, 2021 • One of the justice's former clerks, Amanda Tyler, worked with her on the collection that includes historic opinions and arguments from earlier years when she appeared as a lawyer before the top court. 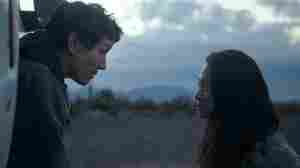 Oscar Nominations 2021: The Highs And The Snubs

March 15, 2021 • The Oscar nominations are out, and in the lead is Mank. The David Fincher-directed film about the writing of Citizen Kane picked up the most nominations with 10, while other films including Nomadland, The Trial of the Chicago 7, Minari, and Judas and the Black Messiah performed well, too. We'll get into what surprised us and what disappointed us. And this year, more than ever, you can check out the eligible movies from the comfort of your own home.

Oscar Nominations 2021: The Highs And The Snubs 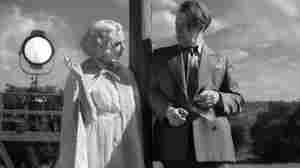 March 15, 2021 • The Oscar nominations embraced David Fincher's Mank, a movie about movies, which is no surprise. But if you want to pick your own favorites, this is the year to do it. 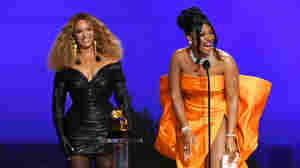 March 15, 2021 • After a six week delay due to COVID-19, we did finally have a Grammys ceremony, hosted by Trevor Noah, with loads of socially distanced performances and big wins for Beyoncé, Taylor Swift, Megan Thee Stallion, and Billie Eilish. 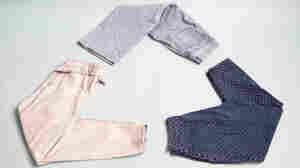 5 Tips To Ditch Fast Fashion And Cultivate A Sustainable Closet

March 14, 2021 • Fast fashion takes a toll on the environment and on workers. Here's how you can shop more sustainably and build a closet with a better impact.

5 Tips To Ditch Fast Fashion And Cultivate A Sustainable Closet 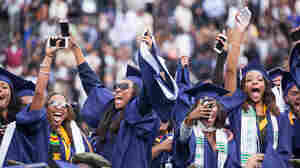 Students celebrate their graduation from Howard University at the end of the 148th Commencement ceremony, at the Upper Quandrangle on campus, on May 7, 2016. Washington, D.C. photojournalist and professor Cheriss May spoke about her photography on The Black Shutter Podcast. Cheriss May hide caption

Black Photographers Speak From Behind 'The Black Shutter'

March 14, 2021 • The Black Shutter Podcast serves as a platform for Black photographers to share their stories, struggles and achievements.