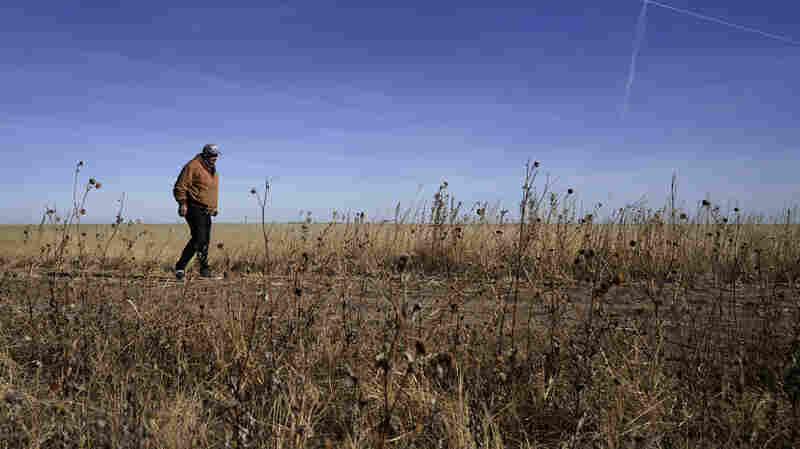 March 13, 2021 • Generations of systemic discrimination have decimated the number of Black farmers in the U.S. Agriculture Secretary Tom Vilsack talked with NPR about new funding for debt relief. 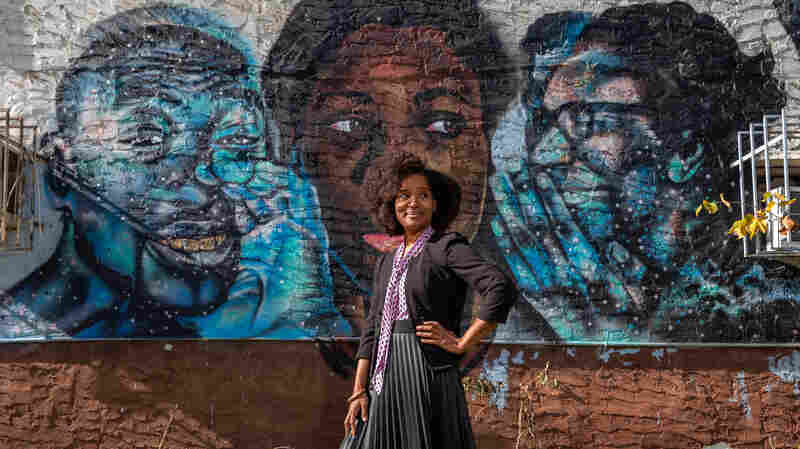 Keitra Bates stands outside of the original location of Marddy's in Atlanta. It's a shared kitchen where home cooks can prepare their goods, and collectively market them. Lynsey Weatherspoon for NPR hide caption

'We Don't Have The Luxury To Fall Apart': Black Businesses Get Creative To Survive

March 11, 2021 • Black entrepreneurs have long faced challenges be it getting financial capital, or discrimination in contracting. Now, the pandemic has hit them the hardest and many are trying to find ways to thrive.

'We Don't Have The Luxury To Fall Apart': Black Businesses Get Creative To Survive 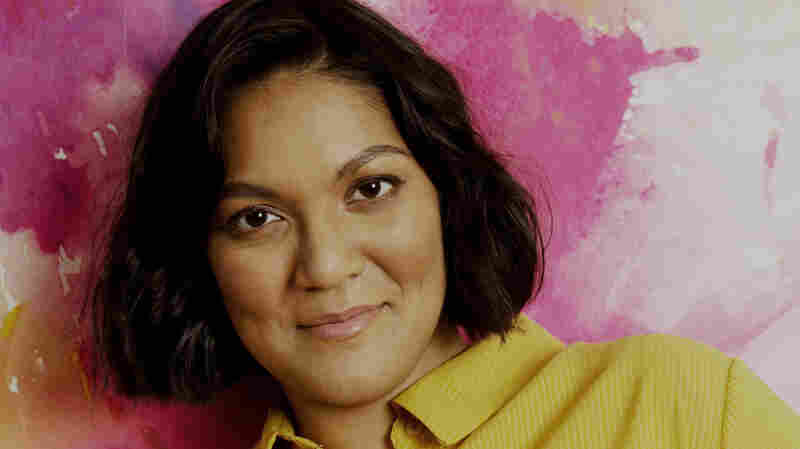 It's Been a Minute with Sam Sanders

March 9, 2021 • Sohla El-Waylly called out her previous employer, Bon Appétit, during the magazine's racial reckoning last summer and resigned. The chef and food star is now a columnist at Food52 and star of the YouTube series Off-Script with Sohla. She and Sam talk about racism in the food media industry (and everywhere else), The Cheesecake Factory, and certain kinds of mushrooms.

Listen · 26:16 26:16
The Salt: The Salt is a blog from the NPR Science Desk about what we eat and why we eat it. We serve up food stories with a side of skepticism that may provoke you or just make you smile. 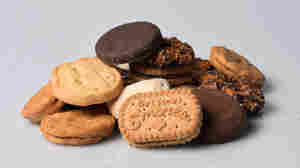 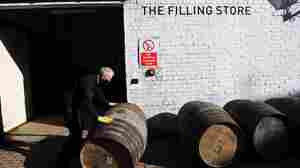 Scotch whisky producers are welcoming news of a breakthrough on tariffs, which came as the industry adjusted to both Brexit and then the COVID-19 pandemic. Here, an employee rolls a whisky barrel at the Glenturret Distillery in Crieff, central Scotland, last week. Andy Buchanan/AFP via Getty Images hide caption

March 4, 2021 • Scotch whisky and other goods have been subject to a 25% tariff. The levies cost companies hundreds of millions of dollars in lost exports, according to the Scotch industry. 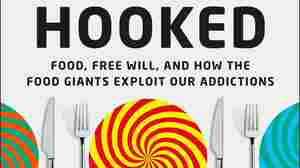 Hooked: Food, Free Will, and How the Food Giants Exploit Our Addictions, by Michael Moss Random House hide caption

There Are So Many Flavors Of Potato Chips; 'Hooked' Looks At Why

March 3, 2021 • Investigative reporter Michael Moss explores how some food companies tweak their products to take advantage of evolved biology, creating room for novelty that triggers the brain to make us want more. 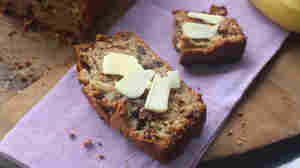 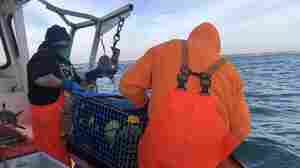 Rob Martin, who has been fishing off his boat for the last 29 years, and his partner haul up a 150-pound end trap while ropeless lobster fishing in Cape Cod Bay in Massachusetts. Eve Zuckoff/WCAI hide caption

'Ropeless' Lobster Fishing Could Save The Whales. Could It Kill The Industry?

February 21, 2021 • One of the main threats to the endangered North Atlantic right whale is lobster-fishing rope, but there is hope in new ropeless technology.

'Ropeless' Lobster Fishing Could Save The Whales. Could It Kill The Industry? 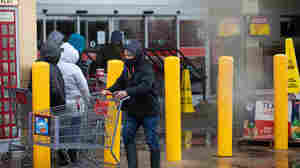 Several Days Into The Texas Deep Freeze, Food Is Scarce

February 18, 2021 • Amid power and water shutdowns, the extreme cold is disrupting the food supply. Customers are finding empty grocery shelves across Texas and people desperate to stock up are forming long lines. 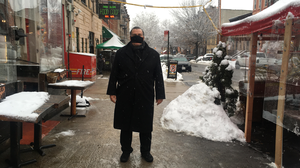 Owner Donald Minerva outside Scottadito Osteria Toscana restaurant in Brooklyn, N.Y., which has been closed for indoor dining for two months. The restaurant is reopening at reduced capacity on Valentine's weekend. Sally Herships/NPR hide caption

February 13, 2021 • Now that they can reopen for limited indoor seating, restaurants in New York City are hoping customers show up for what's normally a busy holiday. 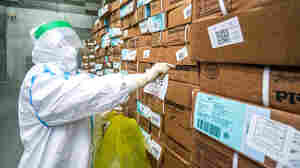 A health officer in a protective suit collects a sample from a package of imported frozen food for a coronavirus rapid test at a wholesale market in China. Wu Zheng/VCG via Getty Images hide caption

Can Frozen Food Spread The Coronavirus?

February 12, 2021 • At a news conference this week, the World Health Organization made a surprising statement: The coronavirus could possibly be transmitted on frozen packages of food.

Can Frozen Food Spread The Coronavirus? 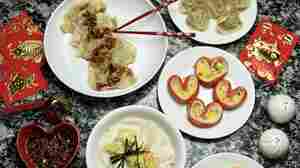 2 Recipes For 2: You And Your Valentine

February 12, 2021 • From America's Test Kitchen, two dishes with heat: spicy Thai chicken served with rice and a coffee mug chocolate cake that's cooked in the microwave and results in a gooey, molten center.

2 Recipes For 2: You And Your Valentine 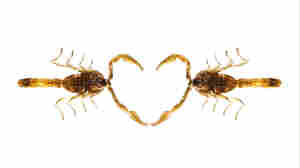 February 12, 2021 • Happy Valentine's Day from Short Wave! We've got something special for the holiday, Maddie and Emily exchange the gift of science facts - from the process of farming and fermenting cacao to the courtship rituals of scorpions and loggerhead shrikes. 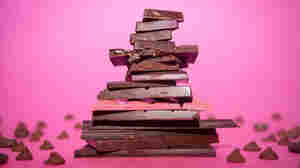 February 11, 2021 • Making (and tasting) chocolate is an art. In this episode, a cocoa expert guides us through the world of chocolate and how you can appreciate it to its fullest. 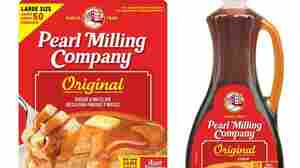 February 10, 2021 • Aunt Jemima and other food brands, such as Uncle Ben's, announced a redesign following protests against systemic racism and police brutality in the U.S. last summer. 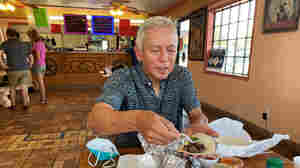 'Where The Magic Happens': Following A Tasty Taco Trail In South Texas

January 17, 2021 • In Brownsville, Texas, two Mexican restaurants are pushing the envelope of what a corn tortilla can envelop, and an award-winning cafe cooks barbacoa the old-fashioned way.

'Where The Magic Happens': Following A Tasty Taco Trail In South Texas 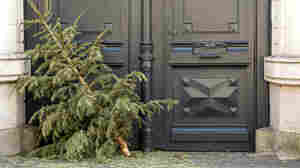 Conifer Cuisine: Don't Toss Your Christmas Tree Yet! Here's How You Can Cook With It

January 3, 2021 • If you haven't taken down your Christmas tree yet, no worries. We don't judge. Baker and cook Julia Georgallis has suggestions for how to eat your holiday tree.

Conifer Cuisine: Don't Toss Your Christmas Tree Yet! Here's How You Can Cook With It 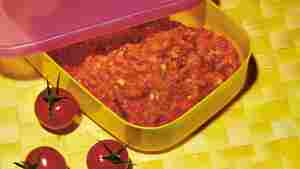 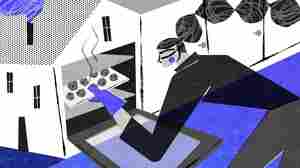 2020 In The Kitchen: The Year We Spent Making, Baking, Frying And Trying

December 25, 2020 • Whether it was discovering new uses for pantry staples or learning to bake bread at home, many people got acquainted with their kitchens during the pandemic.

2020 In The Kitchen: The Year We Spent Making, Baking, Frying And Trying 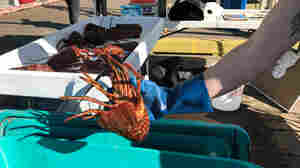 Fishermen sell freshly caught seafood at the Saturday Fishermen's Market in Santa Barbara, Calif. When the pandemic began, fishermen watched their markets dry up overnight. Now, as well as public markets like this, some are selling to food assistance programs. April Fulton for NPR hide caption

Fishermen Team Up With Food Banks To Help Hungry Families

December 25, 2020 • The COVID-19 crisis has exacerbated food insecurity and stretched an already-strained fishing industry. New partnerships with food banks give fisherman income and provide food for those in need.

Fishermen Team Up With Food Banks To Help Hungry Families 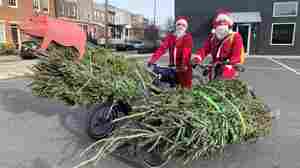 In Baltimore, These Santa Clauses Bring Pork And Christmas Trees To Your Door

December 24, 2020 • Pork 'N Pine owners Todd Coleman and Mike Santoro dress as Santa, load the trees on their bikes, pack a cooler full of pulled pork sandwiches and deliver this bit of joy to residents across the city.

In Baltimore, These Santa Clauses Bring Pork And Christmas Trees To Your Door 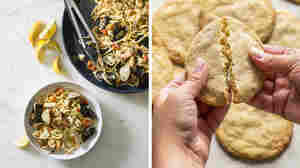 A Cookie And Linguine: 2 'America's Test Kitchen' Dishes For Your Holiday Table

December 21, 2020 • The holidays will be unconventional, and Jack Bishop of America's Test Kitchen offers two dishes that follow that theme: a decadent seafood linguine and hazelnut–browned butter sugar cookies.

A Cookie And Linguine: 2 'America's Test Kitchen' Dishes For Your Holiday Table 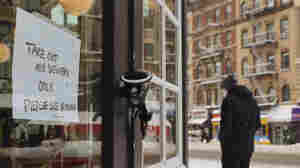 A pedestrian walks past a sign reading "Take Out And Delivery Only" on the door of a restaurant in the Hells Kitchen neighborhood of Manhattan on Thursday. Angus Mordant/Bloomberg via Getty Images hide caption

December 17, 2020 • An emerging coronavirus relief package may not do enough to help restaurants hobbled by the pandemic, many of which have struggled to make ends meet all year — with 100,000 restaurants closed on a permanent or long-term basis, according to a survey from the National Restaurant Association.