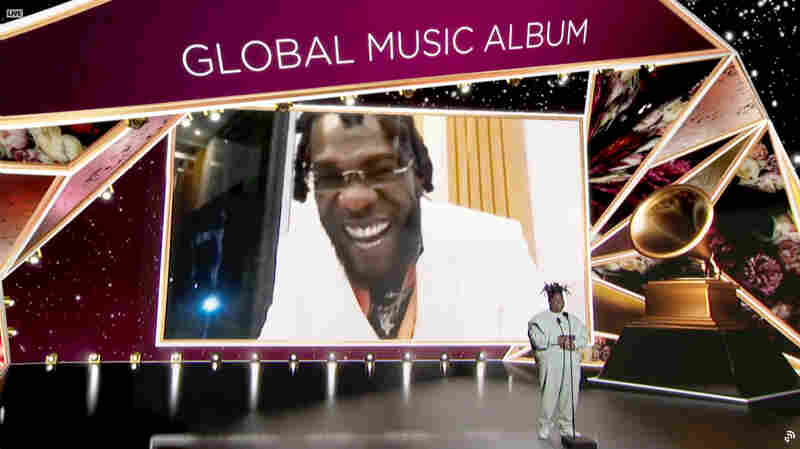 Burna Boy accepted the Best Global Music Album award for 'Twice as Tall' from Chika at the Grammy awards on March 14. His acceptance speech was dedicated to all of Africa. Rich Fury/Getty Images for The Recording Academy hide caption

March 17, 2021 • In Nigeria, Burna Boy is known as much for his social crusading as he is for his Afro-fusion style music. 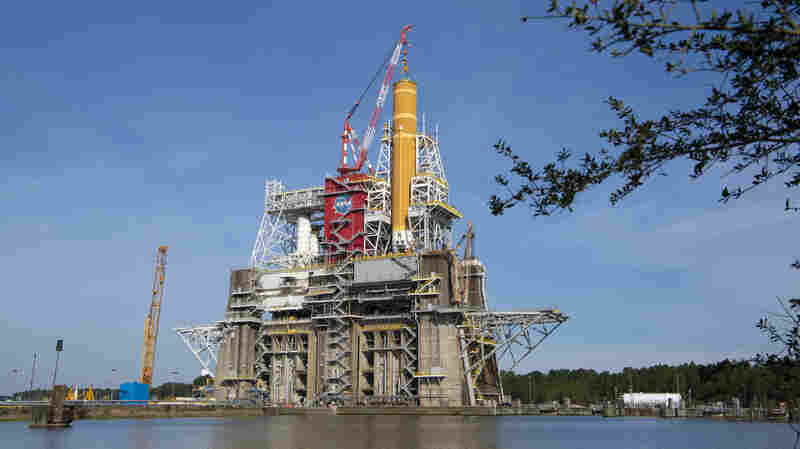 March 17, 2021 • NASA is counting down to what should be the final major test of the massive rocket it is building to put the first woman and the next man on the moon. 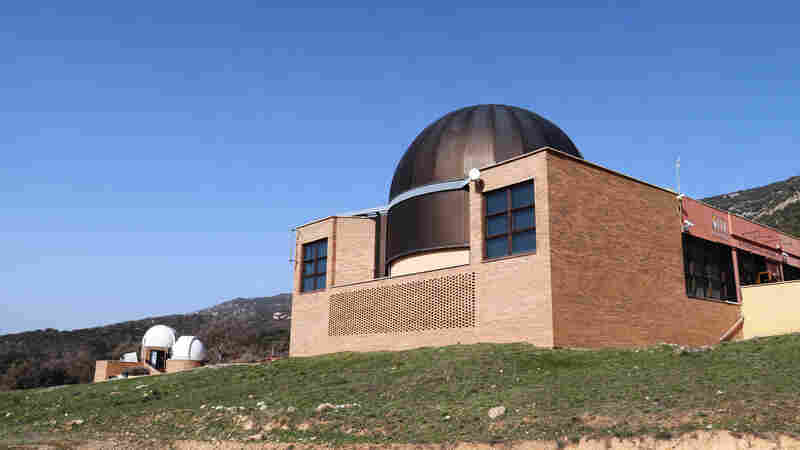 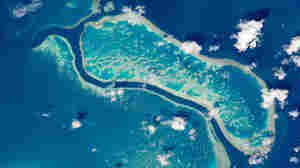 A portion of Australia's Great Barrier Reef photographed from the International Space Station. The Flinders Reef area of the Great Barrier Reef is one of 11 sites around the world where scientists are looking for decisive geological evidence of a new epoch called the anthropocene. M. Justin Wilkinson, Texas State U., Jacobs Contract at NASA-JSC/NASA hide caption

March 17, 2021 • Scientists on five continents are hunting for geological evidence to pinpoint exactly when humans became a major force shaping life on Earth. But settling on the date could unleash a larger debate. 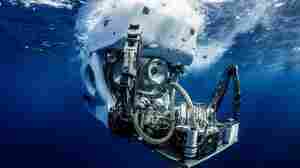 A Quick Dive Into How Submarines Work

March 17, 2021 • Submarines can descend thousands of feet below the surface of the ocean, but to do so, they have to deal with an enormous amount of pressure. In this episode, engineer and pilot Bruce Strickrott of the Woods Hole Oceanographic Institution explains some of the fundamental engineering principles that allow submarines to dive so deep without imploding under the pressure.

A Quick Dive Into How Submarines Work 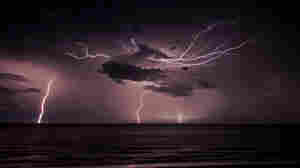 Lightning may have played a key role in the emergence of life on Earth. Nolan Caldwell/Getty Images hide caption

How A Building Block Of Life Got Created In A Flash

March 16, 2021 • Lightning strikes may have supplied a key ingredient that allowed life to emerge on early Earth, according to a new study of "fossilized" lightning.

How A Building Block Of Life Got Created In A Flash 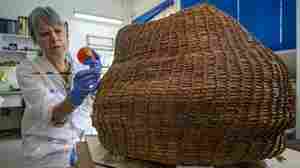 March 16, 2021 • A four-year effort by Israeli archaeologists searched 500 caves near the Dead Sea. In addition to ancient parchments and papyri, they found an intricately woven basket more than 10,000 years old. 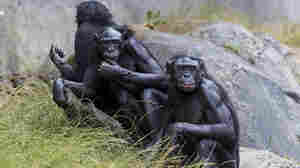 March 16, 2021 • As the pace of COVID-19 vaccinations for people speeds up across the country, some zoos are considering giving shots to animals that are susceptible to the virus. 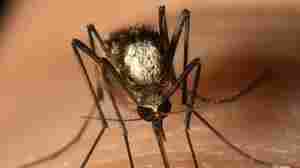 March 16, 2021 • Aedes scapularis mosquitoes are from the tropics and can carry yellow fever. Entomologist Lawrence Reeves recently identified them among mosquitoes he collected near Everglades National Park in 2019. 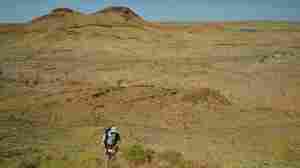 March 16, 2021 • Encore episode. The surface of the Earth is constantly recycled through the motion of plate tectonics. So how do researchers study what it used to look like? Planetary scientist Roger Fu talks to host Maddie Sofia about hunting for rocks that can tell us what Earth looked like a few billion years ago, in the early days of the evolution of life. 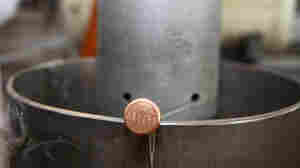 The International Atomic Energy Agency has been responsible for policing the Iran deal. It has sealed some equipment, preventing its use, and installed cameras and other electronic monitoring. AFP/IRNA/AFP via Getty Images hide caption

March 15, 2021 • Nuclear inspections have been a key part of the Iran nuclear deal. International inspectors stand to permanently lose access to key sites, unless the U.S. and Iran can find a way forward. 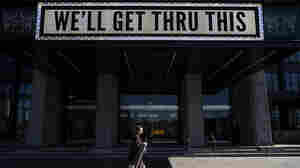 The Anthem, a popular live music venue, displays a message of support on their marquee. Drew Angerer/Getty Images hide caption

March 15, 2021 • It's been about a year since the coronavirus pandemic started to take hold in the United States. Recently, NPR science correspondent Rob Stein has been talking to infectious disease experts, epidemiologists, public health officials, medical historians and for the first time, many are cautiously offering hope. They say the worst may be finally over — but factors like vaccination rates, changes to public health policy and variant resistance to vaccines could upend that recovery. 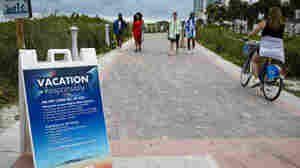 Even with some colleges canceling their midsemester breaks due to COVID-19, students from more than 200 schools are expected to visit Miami Beach during spring break, which runs until mid-April. Eva Marie Uzcatequi/Bloomberg via Getty Images hide caption

Planning A Spring Break? These 5 Tips Can Help Minimize Risk

March 14, 2021 • The CDC still advises against nonessential travel, but many infectious disease experts say a trip to the beach or a family vacation can be done pretty safely if you do it right.

Planning A Spring Break? These 5 Tips Can Help Minimize Risk 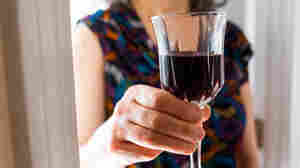 People are wondering if alcohol in between vaccine doses might have an impact on your body's reaction to the vaccination. Michele Abercrombie/NPR hide caption

Coronavirus FAQs: Can I Drink Between Vaccine Doses? What Is 'Vaccine Efficacy'?

March 12, 2021 • People who've had dose 1 are wondering ... can I have a few drinks before dose 2 or will that muck things up? Also: Do you really understand the concept of "vaccine efficacy"? It's complicated! 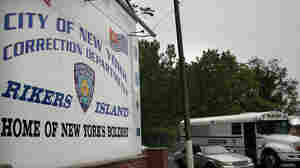 A view of the entrance to the Rikers Island complex, 2011. Spencer Platt/Getty Images hide caption

A Year Into The Pandemic, The Incarcerated Among The Most Vulnerable

March 12, 2021 • In the year since the pandemic began, the coronavirus has severely impacted inmates and staff in U.S. jails and prisons. According to The Marshall Project, in the last year, over 380,000 prisoners tested positive for the coronavirus. Of those, 2,400 died. The close quarters make social distancing nearly impossible, leaving the incarcerated population vulnerable.

A Year Into The Pandemic, The Incarcerated Among The Most Vulnerable 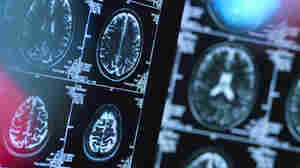 The Importance Of Diversifying Alzheimer's Research

March 11, 2021 • Alzheimer's disease affects more than 6 million Americans and a disproportionate number are Black. NPR science correspondent Jon Hamilton explains why Black Americans may be at higher risk, and how diversifying Alzheimer's research could lead to a better understanding of the disease in Black Americans, and new treatments for everyone.

The Importance Of Diversifying Alzheimer's Research 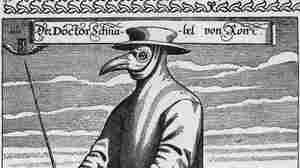 A plague doctor in protective clothing. The beak mask was filled with incense thought to purify air and the cane was used to avoid touching patients. Artwork by Paul Furst. Hulton Archive/Getty Images hide caption

March 11, 2021 • The N95 respirator has become one of the most coveted items in the world during the pandemic, especially by medical professionals. But how did this seemingly simple mask become the lifesaving tool it is today? From bird beaks to wrapping paper to bras, we follow the curious history of one of the most important defenses in our fight against COVID-19.

Watch The Winners Of The 'Dance Your Ph.D' Contest Make Cloud Formation Catchy

March 10, 2021 • The Dance Your Ph.D. contest is meant to get scientists to explain their research through dance. This year's winners created a choreographed rap video to explain how clouds are formed.

Watch The Winners Of The 'Dance Your Ph.D' Contest Make Cloud Formation Catchy 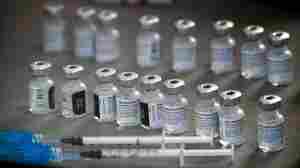 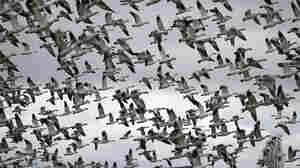 March 9, 2021 • The changes will restore protections that were taken away under former President Donald Trump. But they will take time, and wildlife advocates say many bird species already face a risk of extinction. 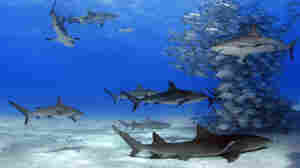 A school of horse-eye jacks is circled by reef and lemon sharks near Tiger Beach in the Bahamas. Andre Seale/VW PICS/Universal Images Group hide caption

One Key To Healthy Oceans? Sharks

March 9, 2021 • Shark scientist Melissa Christina Marquez explains just how important sharks are to keeping the oceans healthy, including their role in mitigating climate change. Plus, there may be some talk about shark poop.

One Key To Healthy Oceans? Sharks 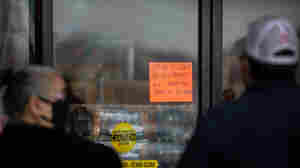 How Giant Batteries Are Protecting The Most Vulnerable In Blackouts

March 8, 2021 • Power outages are increasingly common, putting everything from clean drinking water to medical equipment at risk. Some communities are installing solar power and large batteries to protect themselves.

How Giant Batteries Are Protecting The Most Vulnerable In Blackouts 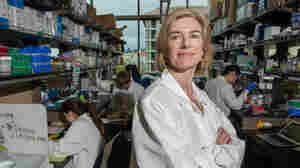 March 8, 2021 • The Code Breaker profiles Jennifer Doudna, a Nobel Prize-winning biochemist key to the development of CRISPR, and examines the technology's exciting possibilities and need for oversight.